Around the same time discussion of the need for a fire department in Concord began, Chief Evans of the Lynchburg Fire Department sent a letter to the surrounding counties that stated the LFD would no longer provide primary fire protection to the surrounding areas.  This propelled the need to create the department.  Mr. Petty and his committee began correspondence with the State Corporation Commission and local fire departments gathering facts.  The charter was obtained and the Concord Volunteer Fire Department began fund raising through a grass roots effort.  The fund raising was successful, and the committee began work on the first truck.

The First Truck and Training

In 1961, the brand new Ford Seagrave pumper was delivered.  This truck was the first in a long line of apparatus that would be purchased by the department.  The department now had a charter, a truck, and members but no training.  Thanks to the dedication of the new firefighters, and the Lynchburg Fire Department training began. The Concord firefighters logged many hours covering topi

cs like pumping, hose handling, and basic firefighting with the knowledgeable Lynchburg firefighters.The next step for the department was to move the truck from a barn owned by Jim McKenzie into a fire station.  Soon after the truck was purchased a three bay station was built on HWY 460 in Concord.

The fire station that was built in the early 1960's experienced a few transformations.  The latest

renovation in 2001 saw 3 bay station grow into a 8,300 square foot  8 bay station with a training/meeting room, bunk room, showers, wash room, restrooms, storage room and lounge.  This was a huge undertaking for the department.  Due to construction, many of the department's trucks were housed at various places in the response area; business and training meetings were held at the local Ruritan Club.  Thanks to the support of the local citizens, businesses, and industries the loan was payed off in just a few years after the building's dedication. 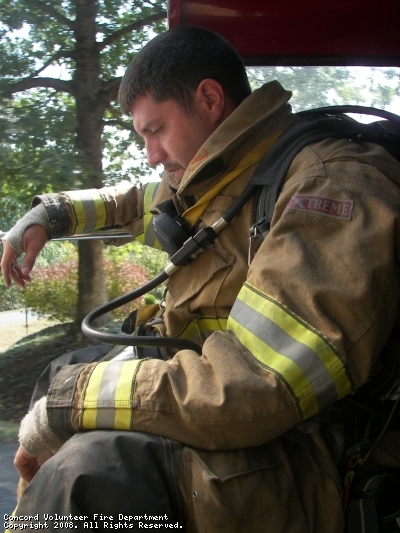 While some of the faces may have changed over the years, the mission remains the same.  The fundamentals that were used in the beginning are the same ones used to sustain the organization almost 50 years later.  Thanks to the dedication, hard work, and selflessness of the department's members, the organization has been able to meet the growing needs of the community. It is the mission of every member of the Concord Volunteer Fire Department to provide expert and professional fire protection and technical rescue services to the people of the community. 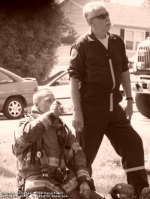 This site has been viewed 324,325 times.
Calls
News
Events
Pictures
Apparatus
Maintained by the members and staff of Concord Volunteer Fire Department. Designated trademarks and brands are the property of their respective owners. Copyright © 2006-2022. YourFirstDue Inc. All Rights Reserved. Content on this web site is supplied by Concord Volunteer Fire Department. YourFirstDue Inc. cannot be held responsible or liable for any content, text, pictures, or any other media found on this web site.
Management login
Powered by